From Stay at Home Mom to Amazon Bestseller!


Yes, you read that right; I am a stay at home mom who has managed to make the time in-between cooking, cleaning, chauffeuring, field trips, and homework into a means of profitable employment.
Yes, I have created my own job. I am the owner, and author of M.J. Kane Books. I am signed with an Indie Publisher, 5 Prince Publishing, and I have a business manager, (my cousin) and a marketing and promotions manager (my husband).

Did I mention I am also the mother of four beautiful children and caregiver to five dogs?
Yep, I am a busy woman, and honestly some day’s things flow like butter and I am on top of my game.   Others, I’m flying by the seat of my pants!

But the question a lot of mom’s want to know is, ‘How did you get there?’
Let me give you the short version:
I have held jobs working as a Dispatcher, in Customer Service, and as Ten-Key Operator for companies such as UPS, Safelight Auto Glass, Bank South, and Mellon Financial. I have been an Assistant Supervisor, as well as in charge of the shipping and managing of goods from ten warehouses in five states while managing over fifty drivers. I have also managed the back office for several of our family owned businesses, so my Stay at Home title has not always meant that I wasn’t busy.

Several years ago, I survived a series of strokes that left me partially paralyzed for several days and in ICU for two weeks. Since then, I have been able to make a miraculous recovery, but I can no longer handle the stress of the jobs held in my ‘pre-stroke’ days.


After several years of nothing to do with my time besides manage my household, read, and play video games (The Sims addict!), my husband suggested I try writing. I thought he was crazy because I never considered myself a writer.  I tried keeping a diary, but it got old fast because I didn’t have much to write about. 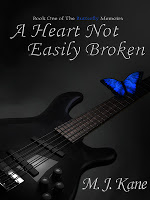 He reminded me of a short FanFic I’d written for the show LOST (pre-stroke).  I pulled it out, dusted it off and decided to add to it. An hour later, I realized I no longer wanted to tell the story of a side character based on a TV show.   From there, Ebony Campbell, the heroine in my novel, A Heart Not Easily Broken, grew. And man, did we have some growing pains! Several name changes, age progression, and evolution of the plot….and that’s just to name a few. Four years later, her story was published by 5 Prince Publishing and became an immediate Amazon Bestseller. Notice, it took FOUR YEARS to get here, not overnight.

Four years of daydreaming, reading books on writing, practicing, giving up, trying again, and taking a writer’s workshop. All of this was done between shuttling my oldest son who had the opportunity of a life time to play in the Youth Orchestra for the Alliance Theater during their reproduction of the Broadway musical, Into the Woods, for three months (three days a week from school to the theater twenty miles away).  I wrote while waiting backstage while the play took place,  while sitting in the laundry mat, waiting for after school pickup from orchestra rehearsals in the school parking lot, while cooking, at the park, in the middle of the night, and yep, even in the bathroom. I pulled out my voice recorder and took memos of scenes while in the car on the way to the grocery store, to pay bills, in-between stops to drop off and pick up my family. I never used the excuse that I didn’t have time. I made time. A few minutes here and there add up. The more dedication I put into making time for writing, the more my family began to support me because they saw it was something I was taking seriously.


Having their support meant more help with household chores, cooking, and cleaning (they already had their responsibilities, but now they began to volunteer without me having to ask).
But most importantly, writing, even before I became a published author, helped me find myself again. I have been married for nineteen-years to my high school sweetheart.  Our oldest son graduates high school this year, one daughter will become a junior next year, and my youngest daughter will be joining her other brother in middle school next year.  With all of my kids at the age where mom isn’t needed all the time because they can cook and clean (yes, we started them early!) That means more free time to do the things that define me.

Wife. Mother.  Amazon Bestselling Author.  All before the age of 40….
If I can do it, so can you! Follow my writing journey by visiting my blog: AuthorMJKaneBooks. If you’re interested in writing tips, check out M.J. on Writing- Helpful Advice for Aspiring Authors. Want to know more about the Amazon Bestselling novel, A Heart Not Easily Broken, and The Butterfly Memoirs? Stop by and check it out!

I wish you much success in finding a way to find yourself as you ‘stay at home!’
MJ 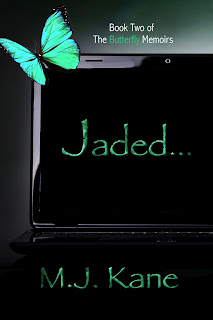 
A devastating breakup leaves Yasmine Phillips in shambles. Unable to trust another man with her heart, she focuses on the one thing she can control—starting her own business.

When her computer crashes, taking months of hard work with it, she must rely on computer genius Zachariah Givens to save her. A complete opposite of men from her past, she doesn't expect the passion that ensues. But just as she finds happiness, she learns the truth about the other women in Zachariah's life.