The End is Near!

Yes, the end is near (of the month that is). At midnight tomorrow, the first month of 2012 will come to an end. It is hard to believe how quickly the sands of time pass through the hourglass.   The new year always promises (at least in our minds) to be bigger and better than the prior.  Before the old year exits, we begin talking about the many things we would like to do over the course of the coming 12 months.

Keep reading »
Posted by Unknown at 2:17 AM No comments:

The Most Wonderful Time of the Day

I had forgotten how much life, energy and curiosity is stored inside a toddler.  There is a 16 year gap between the last two children and I had begun in earnest, the countdown to an empty-nest.  I had it planned, days filled with work and evenings reading the latest novels, exercise (really), writing and learning to become a better cook.

Now I look forward to the most wonderful time of the day.  Bath-time and bed-time.  But not for the midget.  For me! Many evenings I fight unsucessfully to keep my eyes open.  I often-times wake to find the midget staring at me or I find myself sitting alone in the room wondering to where the midget has vanished.  I sit watching the clock praying for 8 pm to come so I can put my weary body to bed.  This is especially true on days when the elusive nap are nowhere to be found.

It's funny.  As children we whine and complain because we cannot stay up late.  When we are in our teens and twenties, we can easily burn the candle at both ends.  But something strange and diabolical happens to us in the thirties and we begin to long for the days of going to bed early.  By the time we reach our forties, well let's just say for some of us a late night is 10 pm.

I'm a (published) Poet and I didn't Even Know It! 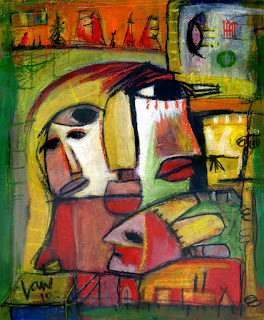 So check it out.  The book will make a great Valentine's Day or just because gift. :D

Posted by Unknown at 2:15 AM No comments:

Gremlins. They are not just characters in a movie.  They are real and are living inside my laptop.  I'm serious.  Last week I told my sister-in-law about blurb.com, she used the website to publish a book.  So I said, "hey, I'd better get my rear in gear" and turn another dream/vision into a reality.  I visited the website, downloaded and installed the software and followed the instructions to start creating my masterpiece. (smiling)  Of course, I got sleepy. What a surprise! No more energy after chasing the toddler all day.  So I decided to save my work and return the next day.

I happily flopped down in front of my laptop and clicked on the icon.  The software did not open, instead there was a "bong!"  What do you mean bong, the file has been corrupted? I rolled my eyes and reluctantly uninstalled the software, re-installed and the reboot my computer.  By this time I need a cup of coffee and decide the computer is a big girl and she does not need me to "baby-sit" her while she powers up. (that's what you think sista!)

When I return I find myself face-to-face with a blue screen full of letters and words and phrases.  Safe mode.
Delete hardware or software.  Bios. Dos. blah. blah. blah. So what did I do you ask?  I unplugged the power cord and removed the battery.   After re-connecting the power sources I restart my computer and tell gremlins to go away.

Well, they were not listening and did not leave.  Even as I type this post, my laptop is making a very weird noise. And there, on the top right-hand corner of my computer sits a gremlin, waiving and smiling mischievously at me.
Posted by Unknown at 1:45 AM No comments:

The sun was peeking over the horizon. The amber rays filled her heart with hope and the sky with a kalidieoscope of colors. Sandra strolled along the beach digging her toes into the sand. The winter air was fresh and crisp.  She didn't seem to notice the cold and periodically stopped to watch the waves bob between the ocean and the shore.

Keep reading »
Posted by Unknown at 2:16 PM No comments:

A Poet is Born!

Thanks to Joanna (thecreativepenn) for her blog and the information on blurb.com

My sister-in-law has been writing poetry over the past few months and yesterday stated she was interested in  publishing her poems.  Well, in all my infinite wisdom I knew just where to lead her. : )

I had just read  about this great  phenomenon called on-demand printing and quickly pointed her to the website blurb.com Technology has changed the landscape of publishing and given writers many new avenues to publish and market their work. Within one day, she had typed and created a beautiful book of poetry entitled Love Letters.  The poems are an oasis of  beautiful metaphor and imagery on  love and relationships.

Posted by Unknown at 9:42 AM No comments:

I never thought I'd live to see the day when I looked over the top of my eyeglasses to read.  Nor did I think a pair of reading glasses would become a much needed accessory when wearing my contact lenses.  I fondly remember my aunts and cousins warning me that one day the tiny little waist line that I'd taken for granted would disappear and become a combination waist-stomach or gut. I laughed at them.  Clearly, I was clueless of what lay ahead as our bodies age.

I sit perplexed trying to figure out why I am no longer able to jump out of bed and hit the ground running.  No, I usually stretch while resting flat on my back hoping and praying the aches in my back and feet will magically disappear.
I finally sit up an put those aching feet onto the floor and command them to take me across the room.  They capitulate, but I hobble saying "ouch, ouch, my feet."  Well, I won't complain.  Life is still good and I'm still blessed.  As day 7 of the new year comes to an end, I am still trying to coax myself into some serious exercise. Hey, at least I'm writing.  One small victory at a time.  After all, Rome wasn't built in a day.

Southern and still not Shirley

Please forgive my manners and allow me to introduce myself.  I'm a southern born and raised woman whose vocabulary includes the word y'all.  I eat grits and fatback and believe butter is a vegetable. (well, it is! isn't it?) Some folks will say my home State, named for the Virgin Queen, is not a part of the south, but I beg to differ.  Sweet iced tea, lemon cakes, fried chicken (cooked in Crisco), homemade biscuits, fresh pies and cakes and good 'ole hospitality, makes this beautiful place the very heart of all southern life.  And as a southerner, I think it is quite impolite to call someone's name incorrectly.

Shakespeare penned the famous words "what's in a name?"  That which we call a rose by any other name would smell as sweet." Well, sorry Billy boy, but my name is part of my identity.  It makes me....ME!  And besides, calling me Shirley just doesn't sound or smell very sweet. My name is Shirletta (pronounced Shir-leeta).  I cannot figure for the life of me how people think my name is Shirley.  Ok. I will give people the benefit of the doubt (when they call me Shirley) because it is quite possible my name is lost in translation.  I do have a southern drawl and I tend to speak quickly.

So just how do the offenders make this big mistake?  I have a hypothesis. It appears when I say my name, the "shir" part is clearly heard.  After that,  the ears shut down and the offender stops listening which causes them to completely miss the middle syllable and the "ta" at the end.  The brain takes over and they arrive at Shirley.  Shame on them.  And instead of politely asking me  to repeat myself, the conversation becomes replete with me being addressed as someone other than myself.  Yes, yes, yes, I can and often-times do correct them, but I have grown weary of this task.   I believe it is far easier for people to use both ears and listen twice before speaking; a lesson to be applied to all aspects of life.

When it comes to my name, I think the character in the movie  Airplane said it best, "that's not my name and don't call me Shirley!"
Posted by Unknown at 7:07 AM 1 comment: