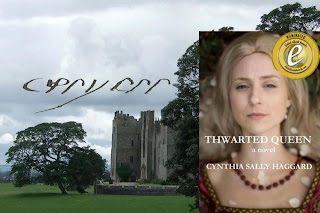 I died over 500 years ago. Yet I am come to life in a recently-released novel titled THWARTED QUEEN. Who am I?

I am Lady Cecylee de Neville, Duchess of York, Queen by Right and Abbess. I died on the last day of May in 1495.

Why should I interest you? What can this ancient crone say that could possibly be of interest? Especially if you are not interested in history.

But I think my life has relevance for the 21st century, because the way I set about solving problems can serve as a model for you.

What problems could I have had? I was an aristocrat, a lady of leisure. I never starved or went without. But there were problems. Oh yes.

Ladies were not treated kindly in my day. When we married, or rather, were forced to marry, we gave up all our legal rights.

Can you imagine a life where you could not sue or plead your case on your own behalf, but had to consult your husband about everything? But the interesting thing about the ladies of 1400s England, was that although, legally speaking, we were treated as doormats, we never quite acted as one.

For example, when Jacquetta Woodville’s family faced poverty due to the seizure of their lands, she sent her eldest daughter to plead with the King, knowing it unlikely that such a ladies’ man would be able to ride past her lovely daughter. She succeeded so well that not only did the family get its lands back, her daughter became Queen of England.

Then there was the case of Lady Margaret Beaufort. No beauty, Lady Margaret was nevertheless highly intelligent. Shortly after my son Richard, Duke of Gloucester became Richard III, rumors swirled around court that he’d murdered his nephews. Sensing that my son the King was losing his footing, Lady Margaret schemed and plotted to ensure that her son - a totally unknown penniless exile - became King of England. To my dismay, she succeeded so well that she, not I, became My Lady, the King’s mother.

Then there is my story. I have to say that when my husband went away one summer to campaign against the French, I did not behave myself. When he returned to find that I was bearing another’s child, he was not pleased. Nevertheless, he did not lock me up. Instead he kept me so firmly by his side that I gave him 13 children in 17 years, and my lady-friends marveled at the way he doted on me. It wasn’t quite like that, of course. But that is the way it seemed. As if I had him wrapped around my little finger.

What do the stories of these long-dead ladies show? They show that even though you have to consult your husband about everything, you can get your hearts desire by masking determination with patience. By listening carefully, and choosing the right moment to brooch your subject. It also helps if you know your audience well. In my case, I knew that a well-roasted capon, three glasses of excellent claret, and the playing of Plus Bele Que Flor usually did the trick when I wanted something. Naturally I would also put on the violet gown he so admired, his favorite perfume, and make his favorite posset.  Whatever. I found those tools to be effective methods of persuasion.

Having piqued your interest, I hope I can now persuade you to read my memoirs. My scribe has made them available in various different forms. THWARTED QUEEN is the whole tome. But if you don’t have time to read a 495-page tome, you needn’t, for the narrative of my life falls into four parts:
THE BRIDE PRICE is the story of my girlhood.
ONE SEED SOWN is the story of how I misbehaved myself one summer when my husband was away.
THE GILDED CAGE is the story of my lord’s political career, the end of the Hundred Years War and the beginning of the Wars of the Roses.
And lastly, TWO MURDERS REAPED is the story of the last 35 years of my life, after my husband died. It tells you what I got up to, when he wasn’t around.

I hope you enjoy reading my memoirs. And if you do, please let me know what you think. I am at various places in cyberspace. My Facebook page is called Lady Cecylee Neville and I have a reading group of Goodreads called Lady Cecylee’s Reading Circle. I hold an audience every day, and would enjoy meeting you all. And now I fear I must retire, as I feel a little weary. Thank you all for your kind attention. 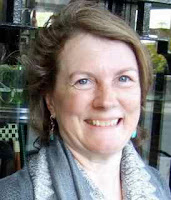 Born and raised in Surrey, England, CYNTHIA SALLY HAGGARD has lived in the United States for twenty-nine years. She has had four careers: violinist, cognitive scientist, medical writer and novelist. Yes, she is related to H. Rider Haggard, the author of SHE and KING SOLOMONS’S MINES. (H. Rider Haggard was a younger brother of the author’s great-grandfather.) Cynthia Sally Haggard is a member of the Historical Novel Society. You can visit her website at: http://spunstories.com/